The Public Accounts Committee has so far had a busy Autumn term with a number of important scrutiny sessions already having taken place. These include scrutiny of the accounts of the Welsh Government, the National Assembly for Wales and some independent commissioners that have an important role in holding the Welsh Government to account. The Committee’s scrutiny of accounts is a new and important piece of work for the PAC, and members are looking to find out how value for money is being achieved, and ensure appropriate governance arrangements are in place. The Committee was essentially asking who watches the watchdogs? http://www.youtube.com/watch?v=IsjimX0y_Xc Evidence sessions on the scrutiny of accounts began on Monday 22 September, when the Committee took evidence on the Welsh Government’s accounts from its Permanent Secretary, Sir Derek Jones. 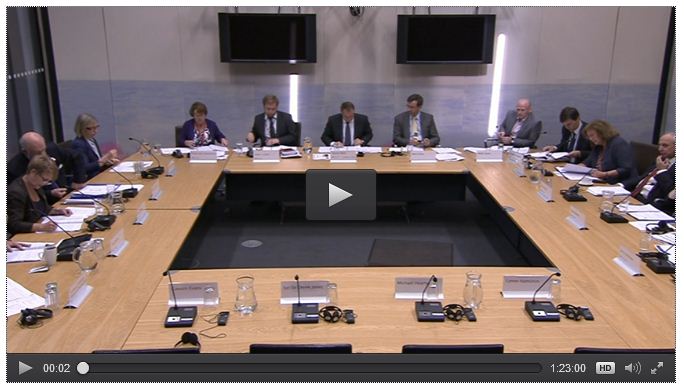 The sessions continued on Tuesday 23 September with evidence from the National Assembly for Wales’s Commission http://www.senedd.tv/Meeting/Archive/6ff09036-15d6-4282-ad95-f7d6e4ca15dc?autostart=True. After carefully scrutinising the Government and legislature, on Tuesday 7 October and Monday 13 October the Committee turned its attention to scrutinising the accounts of Wales’s independent Commissioners, this included evidence sessions with: Committee Chair, Darren Millar AM, said: “The Public Accounts Committee’s scrutiny of accounts unearthed a number of issues for us to consider further. We have passed on some questions to the Finance Committee to consider in its scrutiny of the 2015-16 Budget, and we will want to hear from the Welsh Government on the concerns over governance that arose”. The term continues to look busy for the Committee. On Tuesday 21 October the Committee’s 2013-14 Annual Report, the first of its kind, was debated by Assembly Members in the Siambr. The report was published in August 2014 and provides a good snapshot of the breadth of subjects and variety of issues the Committee considers. You can watch Members discussing the Committee’s Annual Report on Senedd TV. The Committee will publish its report on Senior Management Pay on Tuesday 4 November. The inquiry was started by the Committee to consider value for money aspects of the pay of senior managers in the public sector. While the Committee did not consider the salaries of individuals, it wanted to ensure there was adequate accountability and transparency for pay arrangements. During the inquiry the Committee held a number of evidence sessions with senior managers in various public sector organisations. The report will summarise the evidence the Committee heard, and set out the Committee’s views and recommendations to the Welsh Government. The Committee will next meet on Tuesday 4 November, when the Committee will continue to look at governance arrangements in Health Boards. This follows the Committee’s report on Betsi Cadwaladr University Health Board, which was laid in December 2013. If you would like to book a seat to view any Committee meeting, contact the Booking Team on 0845 010 5500 or assembly.bookings@wales.gov.uk. You can also watch the Committee’s meetings through the Assembly’s broadcasting channel Senedd.TV http://www.senedd.tv/. If you’d like to keep up to date with this Committee’s work, why not follow its progress on its Twitter feed? Follow @SeneddPAC for all the latest information.