Raising awareness is key to early identification of Type 1 diabetes in children and young people.

Guest post by David Rowlands AM, Chair of the Assembly’s Petitions Committee. On Friday 13 July 2018, the National Assembly for Wales' Petitions Committee released our report on a petition which calls for improved treatment of Type 1 diabetes in children and young people. The petition was submitted by the Baldwin family whose 13-year-old-son Peter tragically died as a result of not being treated effectively for Type 1 diabetes. 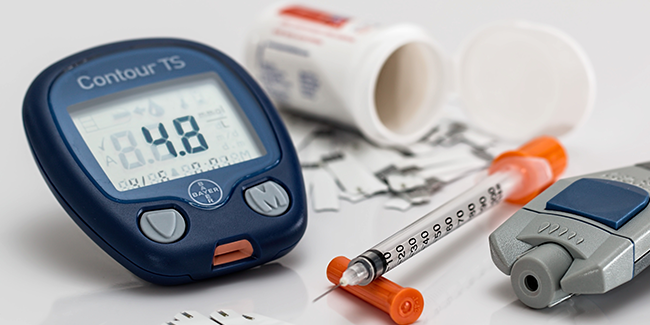 The petitioners are seeking better recognition of the symptoms of Type 1 Diabetes among health professionals and the public in order to aid rapid diagnosis and treatment of children and young people with the condition. This is critical because, if left undiagnosed, the condition can rapidly become life threatening. Tragically this was the case with Peter Baldwin. In particular, the family want to ensure that all GPs have access to finger-prick testing equipment which can provide an immediate indication about whether a child may be diabetic. It is also vital that health professionals are trained to recognise the most common symptoms of Type 1 diabetes - the Four T's (Toilets, Tiredness, Thirst and Thinner).

There are approximately 1,400 children with diabetes in Wales, the vast majority of which (96%) have Type 1 diabetes. Through considering the evidence in relation to this petition we discovered that there was a certain amount of, shall we say, non-recognition of the symptoms of Type 1 diabetes among health professionals. In particular there was some evidence that frontline staff were not particularly looking for Type 1 diabetes and that the disease wasn’t really a factor when trying to identify what was wrong with a patient. The problem is of course, that many of the symptoms associated with type 1 diabetes are also associated with a number of other health problems. This means that when a patient goes to a GP they may be presenting a number of different symptoms that could be associated with Type 1 diabetes, but could also be indicators for other conditions, so the Committee has a certain amount of sympathy with GPs on that basis. Our report contains 10 recommendations but if we were to highlight what we feel is the most important factor, it would be the training of frontline staff to recognise the NICE guidelines. Health professionals need to be very much aware that when patients are presenting these symptoms it could be an indication of Type 1 diabetes. The consequences of the disease not being detected and treated within a very short period of time can be, as we’ve seen in the very sad case of Peter Baldwin, absolutely tragic.

Turning scrutiny in to action

In the case of this particular petition, now that we've published our report and presented it to the Welsh Government that’s as far as we can go for the time being. It’s now down to the Welsh Government to decide what to do next and we would hope that they’ll act on our recommendations We'd like to take this opportunity to acknowledge the bravery of the Baldwin family. By bringing this petition forward it meant they had to reenact and remember the very tragic circumstances of their experience quite some time after it actually happening. The Committee has been very supportive of the proposals they brought forward within their petition. The great thing about the Petitions Committee is that it is a portal for people to get direct access to the Welsh Assembly. That means if people have concerns or issues that they want to bring to us, through the petitions process the issue will be looked at with the considerable scrutiny. Whilst not every petition will result in a debate in the Chamber, the process of engaging with petitioners, writing to the relevant Cabinet Secretaries, getting the replies, writing to other stakeholders etc means that there's a great deal that goes on. It might not be immediately obvious to the public in general but I can assure you that the high level of scrutiny is there for any petition that comes before the petitions committee. --- We asked Beth how she felt about the report: [youtube https://www.youtube.com/watch?v=dDYuWlRMrW8&w=560&h=315] --- Read the full report: Routine Screening for Type 1 Diabetes in Children and Young People --- David Rowlands AM is Chair of the Assembly's Petitions Committee. The committee reviews all petitions that have gathered 50 signatures with a view to presenting them to be debated at Plenary. Petitioning the Assembly is one of the most direct ways that a member of the public can raise matters of concern with the Assembly or suggest new policies and different ways of doing things. You can find out more about how to petition the Assembly at assembly.wales/petitions and you can follow the Committee on Twitter at @SeneddPetitions.
#Petitions