After much anticipation, the Well-being of Future Generations Bill was introduced by the Welsh Government earlier this year. We were told that this Bill will put sustainable development at the heart of public service governance in Wales, and that it will be one of only a few laws of its kind anywhere in the world. It was our role as the Environment and Sustainability Committee to assess whether the Bill will deliver these objectives. As the Bill covers many different policy areas, we heard from a varied range of stakeholders to gather their thoughts on whether the Bill will achieve what they expect from sustainable legislation. Stage 1 Committee Report On 28 November 2014, we published our Stage 1 Report on the Bill and made 32 recommendations to the Minister that we believe will strengthen the Bill. 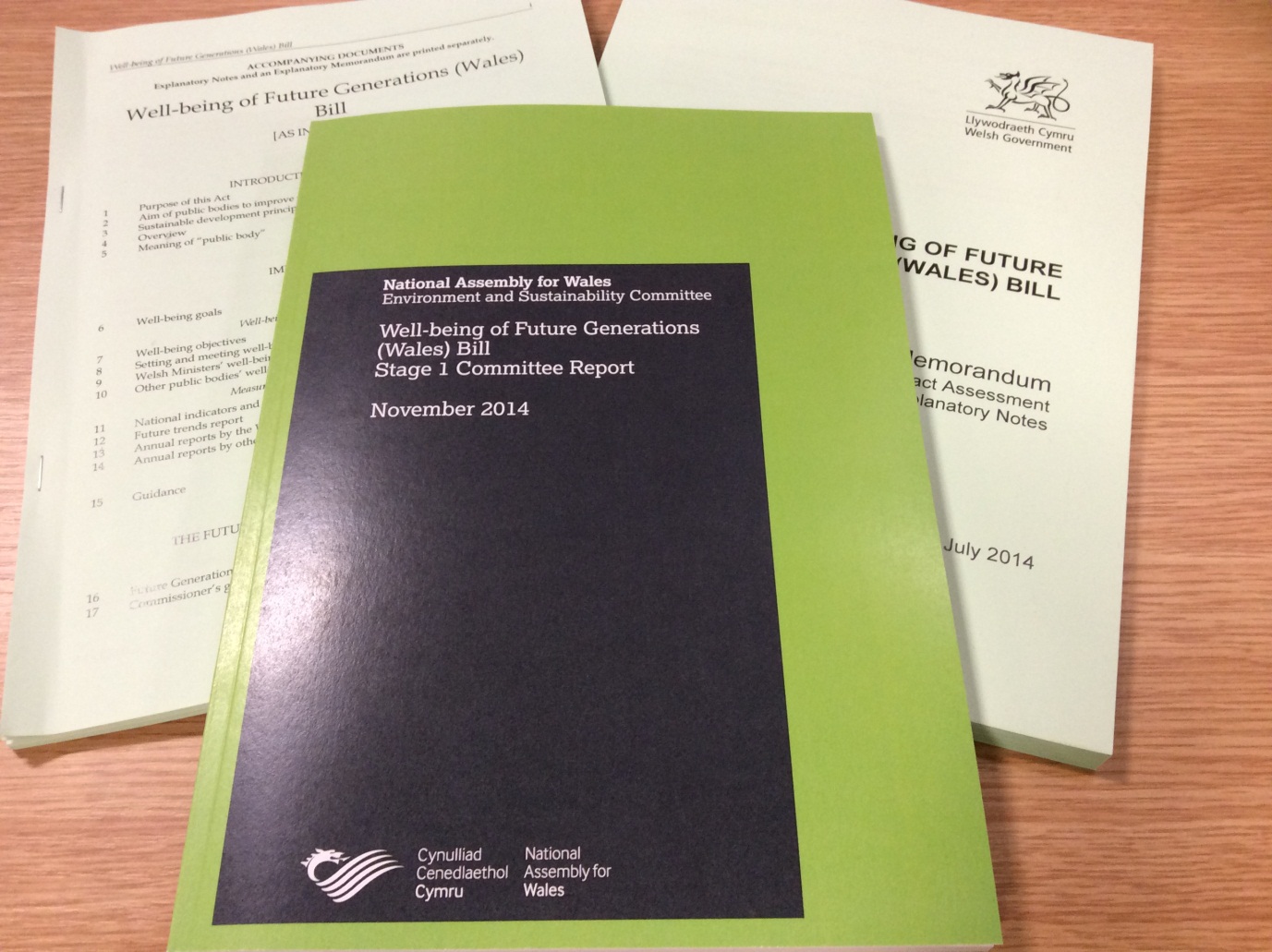 Whilst there was unanimous support for the policy intent of the Bill, Committee Members were divided as to whether the general principles of the Bill should be agreed by the Assembly. As a compromise Members agreed to support the general principles of the Bill on the condition that the Minister gives assurances that he will address the key issues outlined in the report. The key issues include: We believe that the sustainable development principle needs to be amended to reflect the broader issues included in both the One Wales: One Planet and Brundtland definitions of “sustainable development”, particularly climate change, using only our fair share of the earth’s resources, environmental limits and the international impact of what we do in Wales. We agree that the wording of the well-being goals needs to be clarified, strengthened and amended to reflect the many comments made by stakeholders and the findings of the National Conversation interim report. In particular, that the goals should specifically address key issues such as environmental limits, restoration of biodiversity, international impacts and social justice, and that the language used in the goals should be clear and unambiguous. We have recommended that amendments be brought forward to make it clear that the provisions of the Bill apply to all functions, activities and decisions of public bodies, and to ensure that the scope of the Commissioner’s role functions extends to all of these functions activities and decisions. Members agree that there should be cross-party and stakeholder involvement in the process for appointing the Future Generations Commissioner, possibly in the form of an appointment panel making recommendations to the appointing body. Shortly there will be a Stage 1 debate in Plenary and the Assembly will be asked if it agrees with the general principles of the Bill. How to get involved and keep up-to date:
#AssemblyBills