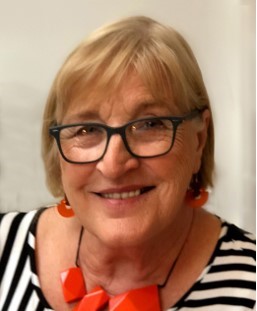 Dr Dinah Evans[/caption] This year the Assembly will be welcoming Dr Dinah Evans to deliver our annual Remembrance Lecture on the subject of ‘Welsh Women’s response to the First World War’. Dr Dinah Evans taught Modern and Contemporary History at Bangor University until 2016. She is a member of the committee of Women's Archive Wales and has a particular interest in the impact of the two world wars on Wales and Welsh society. Her research into the impact of the First World War on Welsh women was published in a chapter in the book 'Creithiau' in 2016 and at present she is preparing for the publication, early in 2019, of her research into the post-war reconstruction of Swansea. Here she introduces some of the issues covered in her lecture, looking at the role and contribution of Welsh women during the First World War, marking the centenary of Women’s Suffrage.

It is so very important that we understand the part played by both men and women in the First World War, because only then can we appreciate the totality of their effort and sacrifice. These last years have brought alive the horrors of the First World War for so many people in this country. Many schools decided to take their pupils across to France and Belgium to visit the vast war cemeteries so that they could appreciate the magnitude of the sacrifices made. The brutal reality of the war has also been shown in graphic detail in exhibitions, documentaries and films. Ceremonies have been held and, across the country, great memorial displays of poppies have been constructed. Much of the attention has focussed on the wartime experience of the men, many of them little more than boys, but these soldiers, sailors and airmen had mothers, wives, sisters and daughters and their wartime history is very important too. Across the age groups and class barriers of the time, women also played their part in the war effort. Some doing jobs that freed up men to go to fight, others organising auxiliary hospitals or fundraising.  For many women though, their experience of wartime work was very dangerous. Thousands of women and girls worked in armament factories across Wales, risking their health, and lives, as they made and (usually by hand) filled shells with explosives. Other Welsh young women trained as nurses and then travelled out to battlefields across Europe as far afield as Alexandria in Egypt and Mesopotamia (present day Iraq) where they nursed the sick and dying, often in appalling conditions and at considerable personal risk. Only by understanding the part played both by men, and women, in all aspects of the war effort can we appreciate the enormity of their effort and sacrifice, on the battlefields and on the home front. 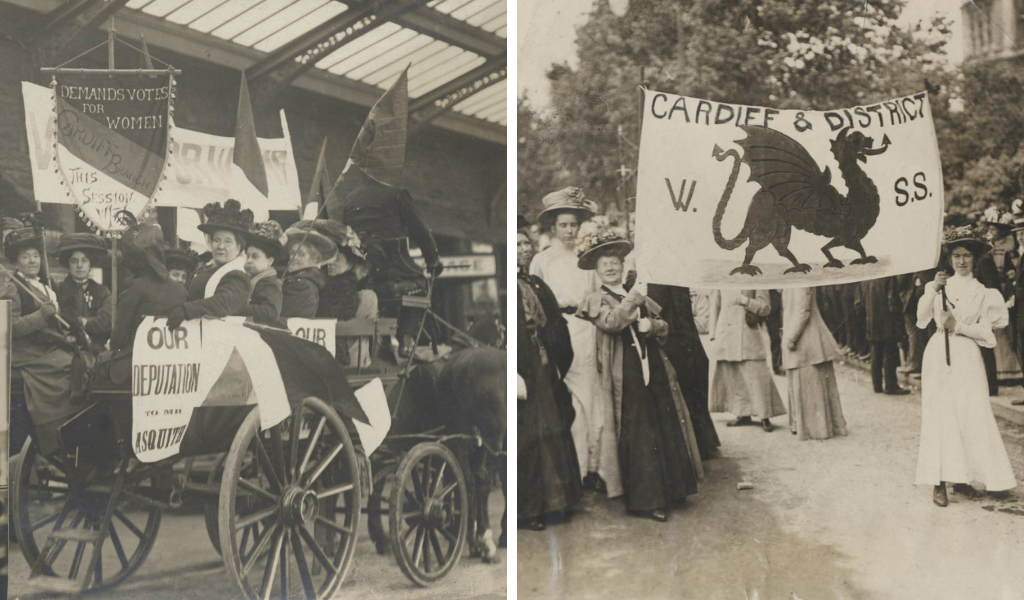 L-R: Women's Freedom League, Cardiff branch; Suffragette Grand March, London 1918[/caption] The Remembrance lecture will be followed by a question and answer session chaired by Dr Elin Royles. Dr Elin Royles is Senior Lecturer at Aberystwyth University’s Department of International Politics. The Department will also be celebrating its centenary in 1919, being founded shortly after Armistice day as a response to the extreme violence of the First World War. The lecture is free to attend but attendees are required to register. Please visit our Eventbrite page or contact 0300 200 6565. Afterwards there will be a short reception when there’ll be an opportunity to view the two exhibitions which complement our Remembrance lecture: ‘The Women’s Suffrage Movement in Wales’ exhibition and ‘The Soldier’s Own Diary’ by Scarlet Raven and Marc Marot. 'The Soldier's Own Diary' is an augmented reality painting. Viewers can use a smartphone app to unlock the work, stripping away layers of paint to reveal the story beneath. How? Watch artist Scarlett Raven's video to find out: [youtube https://www.youtube.com/watch?v=97TyNtgsE68&w=560&h=315] [caption id="attachment_5014" align="alignnone" width="750"] 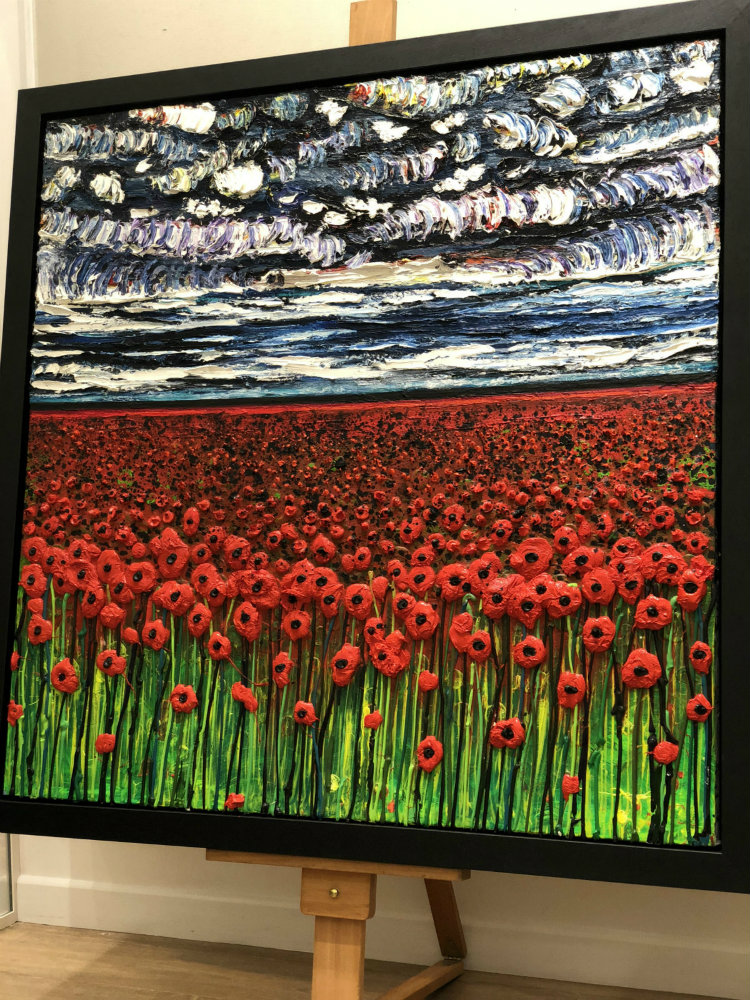