What’s in your medicine cabinet? The Public Accounts Committee inquiry into Medicines Management

Do you have concerns about the number of items on your repeat prescription? 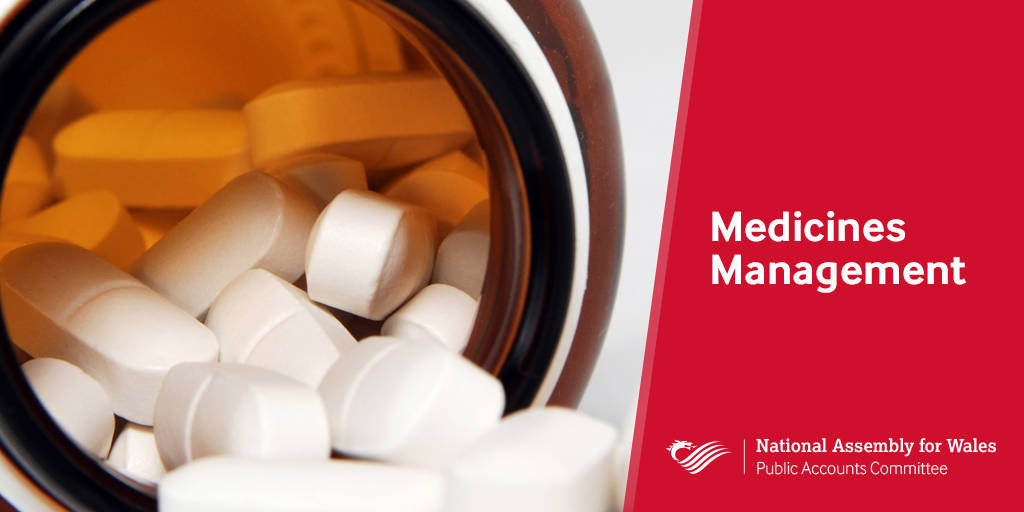 Have you experienced difficulties in getting the right medicine from a pharmacist? Have you had any problems while in hospital with incomplete drug charts meaning you got the wrong medicine?

These are some of the issues the Public Accounts Committee have been considering as part of their inquiry into Medicines Management. With over £800 million spent on medicines and over 79.5 million medicines dispensed in Wales per year, NHS Wales uses medicine on a substantial scale. In the last 10 years there has been a 46% increase in the number of items dispensed, and in the face of this growing demand, Welsh Government is urging prudent prescribing, to optimise people’s medicines so that patients receive the best possible outcomes and so that the NHS gets value for money from medicines. The Auditor General for Wales published a report on medicines management within primary and secondary care settings, on 15 December 2016. This looked at whether NHS Wales is managing medicines effectively, in primary care, in secondary care and at the interface between primary and secondary care. The report considered health bodies’ corporate arrangements for medicines management, such as strategic and workforce planning, the profile of medicines issues at Boards and committees, and arrangements for monitoring health bodies’ performance in relation to medicines. The Auditor General concluded that: The Committee explored a number of these issues with the Welsh Government at our meeting in March 2017. The Committee were concerned to find that it had taken so long to introduce electronic prescribing (this was first discussed in 2007, but is not likely to come in until 2023). Another area the Committee felt could be improved was around developing a central system for very expensive medicines which are not run of the mill rather than each health board holding a store of the medicine. Of particular concern to the Committee, was repeat prescriptions and whether all the medicines were being used or whether patients end up with stockpiles due to the difficulties of altering the prescription.  This is an issue as money is wasted every day through patients receiving medicines they do not really need and which may not be required. The Government explained to the Committee that this was a ‘tripartite thing’ with the patient, pharmacy and prescriber all having responsibility. The Committee would be keen to hear your experiences around this, or any other part of medicine management –we would welcome hearing your experiences via twitter @SeneddPAC or by e-mail seneddpac@assembly.wales

The Committee will be taking evidence from Health Boards and Pharmacists to explore how well best practice is being shared and their response to some of the Committee's concerns. The full meeting held in March can be watched on Senedd TV and the transcript for the meeting along with all the written evidence received by the Committee to date can be access on the Public Accounts Committee page.  The June meeting will be available on Senedd TV.
#Health